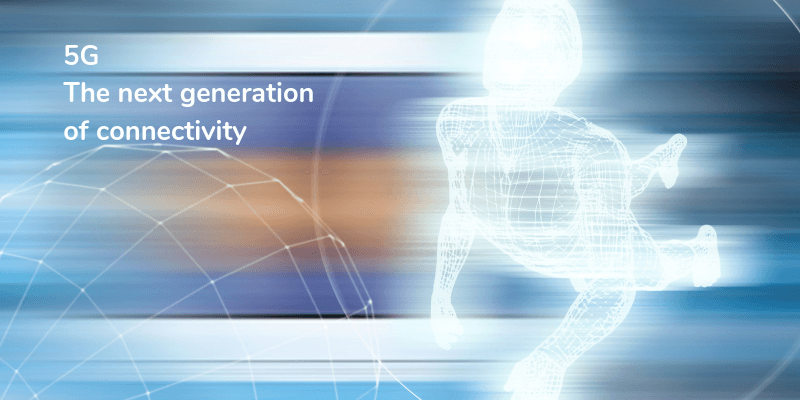 5G at Mobile World Congress – the next generation of connectivity

After the hype of the new product announcements that kicked off this year’s Mobile World Congress, the focus has now shifted to the enormous potential of 5G connectivity – huge bandwidth, blisteringly-fast data services that will transform the way we work.

So far Samsung, LG, Huawei, Nokia and LG are among the manufacturers to underline the 5G capability of their devices – many using a Qualcomm 5G chip which, it is claimed, is twice as fast as its competitors. Interestingly, in the knowledge that battery life is a huge concern for consumers, Qualcomm has moved to reassure tech-watchers that its PowerSave technology will ensure the faster speeds and more powerful processors don’t leave handsets drained of juice before the day is over.

OnePlus gave audiences a sneak peek at its 5G phone during MWC, but it was just a prototype so don’t expect it to debut any time soon. It looks as if Samsung’s Galaxy S10 range will be the first 5G release in the UK, as consumer favourite Apple is believed not to be launching a 5G phone this year.

Although 5G networks are currently in their infancy, there’s no mistaking that manufacturers are straining at the leash to be among the first to take advantage of its strengths, including the ability to download high-definition movies in seconds and to stream gaming and virtual reality apps on the go.

Away from entertainment, 5G phones will likely bring major change to business and everyday life – starting slowly at first but developing to support ‘The Internet of Things’ which can link smart devices including computers, cars, robotics and infrastructure. Faster speeds mean shorter delays when watching videos or sending and receiving data – important for transferring documents and presentations and working remotely.

Olaf May, Vice President IT & Mobile Communication at Samsung Germany, is on record as saying that “5G will transform the way we live, work, connect and communicate” – a view echoed by Onecom CEO Ben Dowd, who recently told trade publication Comms Dealer that although the new technology would take time to bed in, 5G will have a huge impact, driving convergence in communications and IT and much greater collaboration.

“5G, like other previous technology upgrades, will be more about the outcomes and use cases it delivers rather than the technology,’ he said. “The advent of 5G feels like the convergence of many strands that we have seen coming for some years – Internet of Things and smart cities, truly converged communications and a mobile first approach.”

Away from smartphones, MWC had a few surprises for gadget-watchers. Microsoft announced the HoloLens 2, which it is hailing as the next generation of augmented reality – where digital images are imposed on the real world scenes to create interactive scenes. The first version of the HoloLens headset suffered problems with calibration and a small field of view, but Microsoft’s second take on the technology has more sophisticated cameras and a wider visible area. It’s aimed at professionals – such as medical practitioners – rather than consumers, but the tech could become more widely used in years to come.