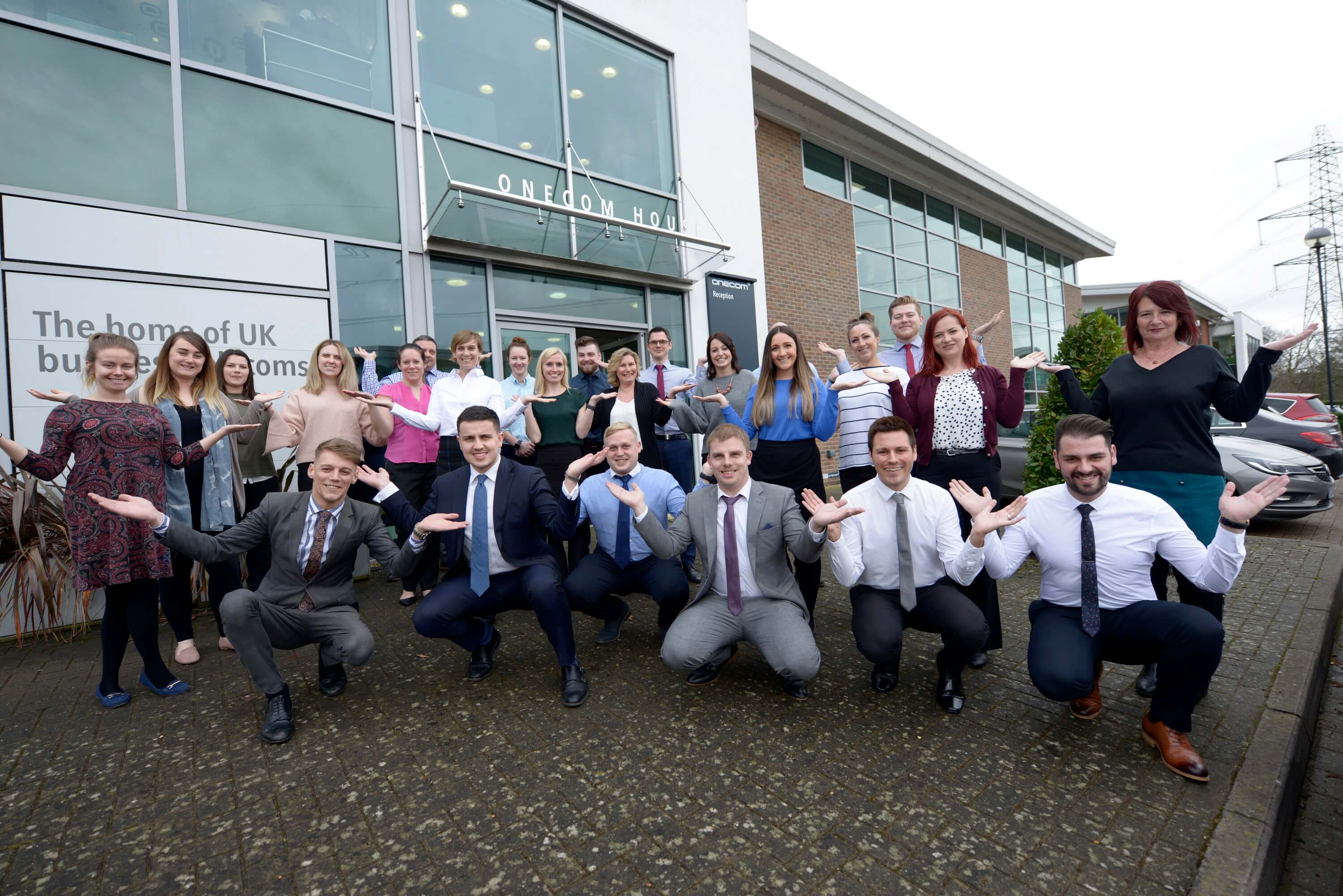 Staff at Onecom are getting ready to strike a pose to underline their commitment to gender equality in support of International Women’s Day (IWD) this Friday (March 8th).

Team members will be using social media to share pictures of themselves in the “balance” pose to back IWD’s #BalanceforBetter theme, aimed at helping to build a better world through equality.

Staff at Onecom’s head office in Whiteley, Hampshire, and offices around the UK will also be collecting tampons and pads to donate to their local food banks to help the fight against period poverty, identified as a key factor in women’s mental health.

The display of support for IWD is part of an ongoing focus on gender equality at Onecom. The company is an active supporter of the Tech She Can initiative, which is aimed at bringing more young women into the technology industries and recently celebrated its first anniversary.

Parysa Hosseini-Sech, Head of Human Resources at Onecom, said: “IWD is a fantastic opportunity to celebrate what has been achieved so far in gender equality and to look ahead at how far we still have to go. For Onecom it’s about more than just one day – we are working hard to ensure that we lead from the front every day of the year.

“We’re delighted with the way that both male and female team members across Onecom have taken gender equality to heart. It’s encouraging that in the last 12 months, of all people who have been promoted or hired into a managerial role, 70% have been female.

“We also understand that gender equality isn’t just about the workplace – it’s about achieving balance in the wider world. Tackling difficult issues like period poverty is one way to move a step further to achieving that goal, and we are pleased that by supporting local causes like food banks, we can make a small difference on our doorstep.”

Ben Dowd, CEO at Onecom, said: “Like many industries, technology has a long way to go in redressing the gender imbalance, but I am encouraged by the way staff across our business have embraced this issue.

“Equality of opportunity regardless of gender, race, sexuality or disability is not an unachievable aim – it’s just going to take time and hard work to get there. I am pleased that at Onecom we have a gender-balanced Executive Management Team and women in key roles at every level of the business and that a raft of measures are in place to give everybody an equal opportunity to thrive and progress.

“A better balance is something that we all wish for, and that is why we are pleased to support and celebrate that goal on International Women’s Day.”